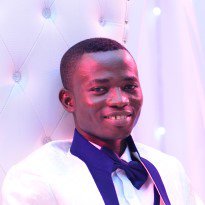 My name is Sibil Samuel. I was born in April 20, 1989 in a village by name Yameriga in the Talensi district, Tongo. I grew up there with my parents, both farmers, in the Upper East region of Ghana. I am the only privileged born of a family of about 15 Siblings (One man, three wives) who made it to the tertiary level. I started taking charge of animals at age 8 and farming at age 10. I was taking charge of cattle and schooling at the same time. It was possible because we were running shift system for both the cattle and School. I later got so much interest in school and was finally released from the animals to attend school completely.

I attended Yameriga Primary School, then entered Tongo Junior High School from 2005 to 2007. Then I did General Science at Bolgatanga Senior High School from 2007 to 2011. I moved to University of Mines and Technology (UMaT), Tarkwa and did BSc Geomatic Engineering between 2011 and 2015. I graduated June 2015 with First Class Honors by the grace of God. I published a research paper on Site Selection for Irrigational Dam construction in 2016. The findings from the research were so thorough, attractive and real that the department published it in March 13, 2016 and by March 30, 2016, it was online. By late 2016, construction of dams was one of the sitting government’s manifestos. This idea was implemented by the government of Ghana in 2017 up till date. Because I was engaged with graduate training at Ghana Manganese Company (GMC) limited then, the school competed with other institutions on behalf of me for the dam project implementation

I had the privileged to do my national service in Ghana Manganese Company. I was selected by the company on toping its First Aid and Safety competitions at all departmental levels. I represented the Company against other mining companies in the “Ghana Television, GTV.

I am currently doing my Master’s in Petroleum Engineering specializing more in Reservoir engineering, reservoir modelling and simulation, Enhanced Oil Recovery, Petroleum Economics as well as Artificial Intelligence or Machine learning techniques in petroleum. My Supervisor and I recently sent a paper on Reservoir Characterization using RSM and ANN to one of the top journals with an impact factor of about 4 and the review results came back with lots of exciting news. Because I have so much grace in handling mining and petroleum software, I am currently training undergraduate students, graduate and mine workers on geological database, ore modelling and grade estimations using Geovia Surpac. Some of the petroleum software I can handle very easily include but not limited to CMG with CMOST, Eclipse 100, Techlog, Design Expert, Oracle Crystal Ball with Monte Carlos Simulations etc.

I am married to my beautiful wife by name Bernice Sibil with one daughter for now. Apart from the above, I spent my hobby time on reading Christian and social literature, interacting with students on software, playing with my family, singing and dancing to Christian songs.

Return to Imomoh Past Recipient page