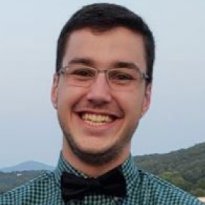 In his junior year, he served as the President of LSU’s SPE Student Chapter during which they won the Student Chapter Excellence Award. Today he continues active participation in both the SPE and AADE student chapters. Outside of the classroom, Mark is involved as a Resident Assistant on LSU’s Residential Life team and is one of three Captains of the LSU Men’s Ultimate Frisbee Club.

Mark has interned with multiple natural gas companies including Municipal Gas Authority of Georgia in Atlanta and Nicor Gas just outside of Chicago. He looks forward to concluding his collegiate career strongly and is humbled and thankful for the opportunity to do so with the support of the Donald G. Russell Scholarship.

Return to Russell Past Recipient page