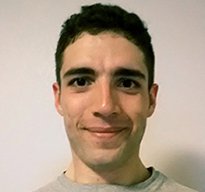 Orhun Aydin is a PhD student in the Energy Resources Engineering Department at Stanford University. He received a master of science degree in Energy Resources Engineering Department at Stanford in 2012. He received his bachelor of science at the Middle East Technical University in Turkey. Orhun was awarded the SPE STAR Scholarship during his last year at Middle East Technical University.

Currently, Orhun is a research assistant at the Stanford Center for Reservoir Forecasting (S.C.R.F.), where he works with Professor Caers on model complexity to answer how complex we need to make earth models or reservoir models to make decisions. Outside of his responsibilities as a student researcher, he is also the treasurer of the Stanford Student Chapter of SPE.