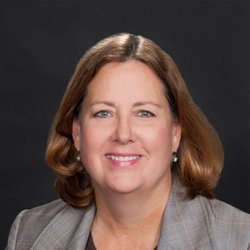 SPE has been an incredibly important part of my career and life as a petroleum engineer and industry leader. 2017 is my 40th year as an SPE member—since I joined as a freshman at Texas A&M University. My instructor for the first semester freshman engineering 101 course was none other than John Lee, PhD. He handed all of us an SPE membership application because all petroleum engineers should be members of SPE. And I agree!

I began my leadership journey in SPE in 1979 as the secretary of the student chapter. I moved to Midland after graduating from college and began volunteering with the top-five Permian Basin section on the scholarship committee. I worked my way up through several offices and eventually to chairman in 1989 when I was 29 years old. Now, when I speak to young professional (YP) groups, I remind them to step up into section leadership and not just spend their time in YP activities. Especially now, since there are many opportunities to lead.

In 1990, I was transferred to Houston and started volunteering with SPE again, starting over again with the scholarship committee. I worked my way up through several offices and became chairman in 2001. In my opinion, the chairman of the Gulf Coast Section is the most difficult job in SPE after the international President. I loved doing it, but it was a challenge!

In 2003, I was selected to be the regional director representing Houston and the rest of Gulf Coast North America. Despite leading two of SPE’s largest sections, I really didn’t know how SPE international was run. Serving on the SPE board was a revelation in so many ways. I met people from all over the world and improved my governance knowledge and leadership skills.

In 2012, I rejoined the board as the Vice President of Finance. I have always been attracted to the treasurer and financial jobs in other volunteer positions and SPE is no different. I loved learning about all the financial intricacies of how SPE’s business works. And finally, in 2014, I was nominated to be the 2017 President. I am the first former chairman of SPE’s largest section to serve as President in more than 30 years.

SPE has been extremely valuable to me not only in developing my engineering and leadership skills, but also in developing my personal network and connections throughout the industry across companies and countries. My favorite part of SPE involvement has been the people I have met and the places I have been. I wouldn’t trade it for anything and would recommend it to anyone.