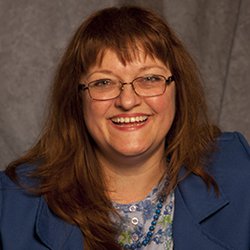 I have been an SPE member since 1981. My first job out of college was as an associate chemist at Texaco.  Because I didn’t know anything about oil and gas, having grown up in rural New York, my boss told me that the fastest way to learn about this industry would be to join SPE and read JPT every month, and so I did.

In one issue of JPT, there was a notice about the need for more Technical Editors for the various peer-reviewed journals. I was editor-in-chief of my high school newspaper and helped proofread my college newspaper, and thought that maybe I could be a Technical Editor. So I called the number and offered to help out, and I was invited to a Technical Editor meeting.

I learned a lot reading all those SPE manuscripts as a Technical Editor. I really wasn’t qualified to determine whether this was new technology that had not been published previously, but I figured the people listed in the references were knowledgeable about the topic, so I looked them up in the SPE Membership Directory, mailed the papers to them to review, compiled the results, filled out the paperwork, and sent it in. Well, somebody thought those skills might make me a good Review Chairman, so I was appointed as the first female SPE Review Chairman.

Yup, I broke a glass ceiling at SPE. I actually made the staff at headquarters change the form letter salutation from “Gentlemen” to “Dear Review Chairman.”

After learning so many fascinating things about oil and gas, I thought schoolchildren everywhere needed to learn more about this important industry, so I got on a kick about energy literacy.

When SPE launched the Energy Information Committee, I joined it and together we developed the SPE Magic Suitcase, with marbles in a beaker to illustrate porosity and other demonstrations. I wrote the user manual and beta-tested the first prototype in Houston schools, becoming the Gulf Coast Section’s Magic Suitcase Chairman. The program grew to six suitcases at one point, stationed in different areas of town for convenience.

From Scholarship Chairman, I was appointed to the Gulf Coast Section Board as Community Services Chairman, then progressed to Membership Chair, then Secretary.

After serving seven years on the Board, I became Vice Chair, Chair, and then Past Chair of the biggest SPE section in the world. And I’m not even a petroleum engineer! I can’t tell you how much I benefitted from these leadership positions. I am a much better person after having developed tact, diplomacy, appreciation, patience, budgeting, prioritizing, and public speaking skills.

How do people learn these things if they don’t volunteer in organizations like SPE?

But my biggest achievement as an SPE volunteer was the SPE MasterDisc. Because I had a pile of SPE manuscripts sitting on my desk in 1991 when the Texaco Library got its first CD-ROM, I thought to myself, “Wouldn’t it be great if we could search for SPE papers on a CD-ROM?”

I was a committee of one for about 18 months, trying to convince the SPE Board and staff this could and should be done, and then the SPE Board formed the Electronic Publishing Committee to oversee the scanning and digitizing of 25,000 SPE papers that had been in file cabinets.

Searches by keyword, author, or year could be done on the SPE MasterDisc. You could also print out images of the papers from the 22 discs of the SPE eLibrary. These digital products later morphed into OnePetro®, a treasure trove of petroleum engineering knowledge and experience that is instantly available to anyone in the world—and a significant revenue stream for SPE.

And to think a rural Yankee chemist gal who didn’t know beans about oil and gas had a hand in making this possible! That’s what happens when SPE volunteers step up and say: “I want to help.”