The Society of Petroleum Engineers (SPE) Oil and Gas Reserves Committee, made up of international oil and gas experts, partners with several industry related societies to provide publicly available resources for the consistent definition and estimation of hydrocarbon resources. As part of this work, SPE offers documents including the Petroleum Resource Management System (PRMS), the PRMS Application Guidelines, as well as a map to other systems, and standards for reserves estimating and auditing. 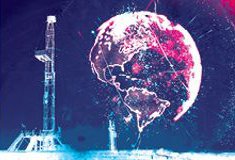 The Petroleum Resources Management System (PRMS) is a system developed for consistent and reliable definition, classification, and estimation of hydrocarbon resources.

The Oil and Gas Reserves Committee has completed the revision of the Petroleum Resources Management System (PRMS) and the SPE Board approved it in June 2018. The updated PRMS is a consensus of input collected from consulting and financial firms, government agencies, and E&P companies. The process included a 90-day public comment period, and required input and approval by six sponsoring societies: the World Petroleum Council, the American Association of Petroleum Geologists, the Society of Petroleum Evaluation Engineers, the Society of Exploration Geophysicists, the European Association of Geoscientists and Engineers, and the Society of Petrophysicists and Well Log Analysts.

The 2018 PRMS update maintains the foundation principles contained in the PRMS 2007 and addresses many of the points in need of clarification that have been collected over the years. This document describes the key changes.

Extension of PRMS Principles to Non-Hydrocarbons

The OGRC (Oil & Gas Reserves Committee) has become aware of other situations where PRMS principles have been considered for, or even applied to, non-hydrocarbon situations. This statement from the committee addresses uses of the PRMS principles in non-traditional situations.

Key considerations in the revision address the following:

Expanded Scope - When the 2011 AG was published, assessment guidelines for unconventionals were still in their formative stage. The chapter on Unconventional Resources presents the current best practices for the assessment of these challenging reservoirs. The chapter includes numerous illustrative example applications for the user’s benefit.

Additional Examples - Numerous example applications added to all of the chapters.

Revised Glossary - Includes terms from the 2018 PRMS as well as terms presented only within the AG itself. This includes terminology related to seismic interpretation, which was lacking in the 2011 version.

New Chapters - Includes new chapters on Petrophysics and Reservoir Simulation which are extremely important domains that have become even more salient since the 2011 AG. The chapter on Petrophysics was considered especially important due to the first-time inclusion of the phrase “net pay” in the 2018 PRMS.

Around the world, government agencies and other organizations use slightly different definitions. This mapping provides a comparison of many of these definitions.

Estimating and Auditing Standards for Reserves

To assist those responsible for estimating reserves, or auditing those estimates, a standard approach has been outlined, along with minimum qualifications for those involved in reserves auditing.

The Joint Committee on Reserves Evaluator Training (JCORET) exists to meet the need for high-quality, industry-recognized training for individuals responsible for petroleum reserves and resources evaluation.